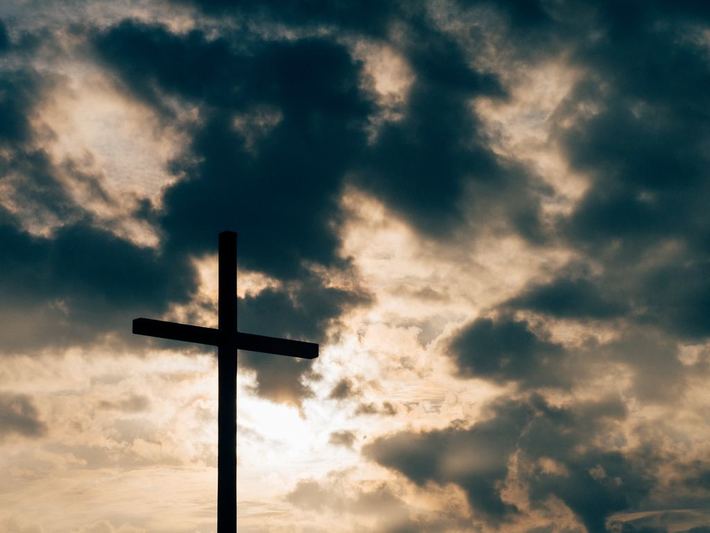 Tragedies happen. Suicides, crime victims, unattended deaths, accidents, and other means of demise occur in life. Although an ambulance or mortuary will take away the body, what is left behind is up to the family or personnel of the building. Handling contaminated blood and bodily fluids is a job best left for professional cleaners who have been trained in biohazard waste removal.

We know that removing the signs of crime or trauma is just a minor step in the healing process, but it is also an important one. Let us help keep your family and future residents safe by removing all infectious materials so you can get on with living and healing.

American Restoration 24/7 understands that accidental deaths, blood spills, suicides and other traumatic scenes are unexpected and upsetting, but they can also be dangerous and difficult to clean. Studies show that 1 in 24 people are infected with HIV, Hepatitis B or Hepatitis C. These blood-borne pathogens could be transmitted to anyone who comes into contact with infected blood or bodily fluids.

Our professional biohazard cleaners are licensed and trained to disinfect and dispose of infected materials safely, and help property owners and families to remove signs of the tragedy. We use personal protective gear, full face respirators, and our proprietary cleaning solutions that completely disinfect an area. Then we safely and legally dispose of the biohazardous materials. It’s probably nobody’s childhood dream to clean up crime scenes for a living.

But for those who find themselves with an unexpected emotional debacle and potentially infectious mess on their hands, it’s certainly a good thing some of us choose to veer down that particular career path.

“Every night we pray to help others,” said Donnie Lamirande, co-founder and co-owner of Rocky Mountain Biohazard. “We’re here for a purpose. We believe this job was given to us as a godsend. By no means was it a dream job.”

She and her husband, Randel Lamirande, got into the crime scene cleanup business five years ago when they decided to stop working for others, and take their careers into their own hands. As they investigated all manner of franchises, biohazard cleanup kept showing up. They started out with a franchise but have since gone out on their own.

“I thought it was gross,” said Donnie. “And there was no way I was doing that. I thought is that even a thing?”

It’s most definitely a thing. Who else would clean up suicides, murders, unattended deaths and a laundry list of other fiascos.

That was the question Steven Misner asked 15 years ago as a new police officer working in Walsenburg. He went out on an unattended death that involved the bloated and decomposing body of a man who had choked on watermelon and wasn’t found for a few days. As Misner looked at the gruesome aftermath, he asked his chief who would clean it up. His response? Not them. Somebody else. It was in that moment Misner decided that one day he’d be the answer to the question.

“I just felt bad, because it was a big old mess,” said Misner, the founder and longtime owner of Crime Tech. “There were bodily fluids all over the place. The coroner picks up the body and leaves the rest.”

Nowadays, when Misner’s phone rings, he knows it might be somebody who’s having the worst day of their life. He’s happy to help.

That’s where he steps in. He immediately heads out to assess the situation, provide a cost estimate and begin cleaning, along with one of his two employees who work on an on-call basis. It could take a couple of hours, or up to a dozen.

Most of Misner’s calls are for suicides. There are about five to six every month in the counties he covers, which include El Paso, Fremont, Teller and Pueblo. Colorado had the ninth highest suicide rate in the U.S. in 2016, according to the latest numbers available from the Centers for Disease Control and Prevention. El Paso County’s suicide rate was 25 per 100,000 people in 2015, according to Pikes Peak Suicide Prevention Partnership.

On a Monday early in December, he and an employee spent the morning cleaning up after a 43-year-old man died by suicide, and working out the details with his family members.

“I don’t ask a lot of questions,” he said. “They already have to deal with the coroner and cops. They’re already emotionally messed up. I try to be compassionate. Nobody should be victimized twice. It’s a hard thing for them to deal with.”

“It takes a lot to surprise us,” said Rocky Mountain Biohazard’s Donnie Lamirande.

While the rest of us live in a world where we’re blind to, or ignorant of, all that could be lurking beneath the surface, crime scene folks have learned the hard way that things are never as they appear. What people might consider a small mess, such as a pancake-sized spot of blood on the carpet, could potentially morph into a hotbed of maggots if it’s not properly cleaned up, and squished deeper into the carpet and hardwood floors if people continue to walk on it.

“Bloodborne pathogens are still there,” said Donnie. “There is a need for a service such as ours.”

Or say you wake up one morning to a pile of human feces on your front doorstep. Hey, it could happen. Remember 2017’s female jogger dubbed the “Mad Pooper?”

“There could be hepatitis in that,” said Randel, “or dangers that you never hear about, and now it’s airborne.”

The couple sees and hears about a lot of situations that aren’t addressed correctly, such as the apartment complex that hired its air conditioner maintenance person to clean up a suicide, or the homeowner who hires a carpet cleaner which only makes things worse when they don’t have the chemicals, tools and training to get the job done right.

“We think of it as a service, not as a job,” said Donnie. “We don’t want them to clean up themselves. It’s not as easy as you think and it’s traumatizing.”

Cleanup isn’t always about humans, either. Misner once had to clean up a private jet that hit three Canadian pelicans on take-off. The birds went into the nose of the plane and the cockpit, covering all of the equipment and pilots with blood. In November he had to use a product called “Skunk Out” on a cop car that ran over one of the animals.

Protocol changes if the crime scene is outdoors, though, such as a car accident on the highway. Cleanup companies aren’t called; that’s where the fire department comes in.

“Once the scene is done, we send an engine to do a blood wash,” said Colorado Springs Fire Department Fire Captain and Public Information Officer Brian Vaughan. “Not in public view.”

It’s not a bill anybody wants to receive, but fortunately, there are ways to cover the sometimes thousands of dollars it can cost to clean a scene. Misner’s most expensive job was $23,000 for a house where a high-powered weapon was used in a suicide.

Homeowner’s insurance will often cover the bill, though you’re mostly out of luck with renters insurance, unless the policy holder has specified it. Sometimes an apartment complex will pick up the cost.

Often the finances wind up on the back burner, though, as people deal with the emotional fallout from the staggering turn of events.

“We’re on the phone with somebody in desperate need of help, and we end up being a therapist,” said Randel. “We wind up being on the phone for hours. They don’t know what to do, but we do.”

How does one handle seeing some of the most horrific endings to life? Animal and insect infestations? Human waste and drug paraphernalia near schools?

The Lamirandes do a lot of talking, Donnie said, with each other and their employees, but that still doesn’t stop the nightmares Randel sometimes has. The couple is hit the hardest when children are involved or young people die by suicide.

“Things can be hard to see,” said Randel.

“It’s hard to wrap your head around this,” added Donnie. “We never really knew what happened outside before we started.”

Misner went into the business hoping he could handle the emotional toll, and he’s found that he can. What matters to him is being a source of information and strength. 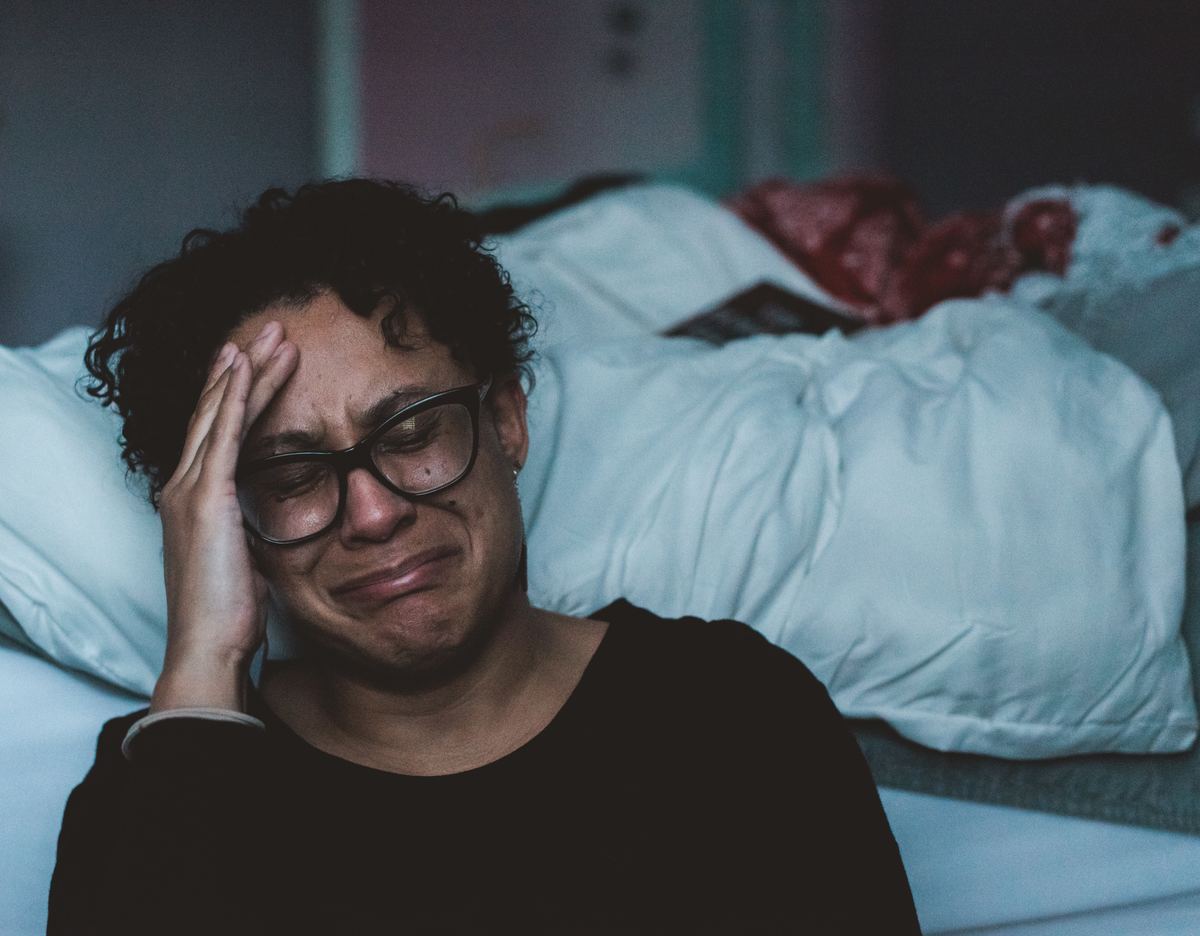 Photo by Claudia on Unsplash

Life is full of uncertainties and these uncertainties can involve both good and bad incidents. While good incidents give us a number of memories to cherish, the bad ones traumatize our lives in a number of ways that we could never imagine. The bad memories, especially the ones associated with a crime, be it an accident, suicide, burglaries, murder or accidental death have the potential to scar one’s life forever. Though the scars on one’s memories and mind can’t be removed off easily, the evidence of such crime can definitely be removed from your home. Our American Restoration 24/7 Crime Scene Cleanup Services come extremely handy in removing the most terrible and traumatic matter and stains from the place that has witnessed a crime.

A crime scene can consist of a number of unwanted elements such as blood stains, bodily fluids, harmful and toxic chemicals or metals etc. that may pose potential threats to the occupants. The threat of being on a crime scene are not just emotional but also physical as the substances left behind can cause infections and diseases requiring hospitalization. In order to protect one from the harmful effects of being on a crime scene, we recommend you to choose our professional and intensive crime scene cleanup services.

It has been observed that most of the people shun the idea of calling for a professional to handle a crime scene cleaning as they fear loss of their privacy especially in such traumatic times. Our crime scene cleanup team consists of professional and experienced crew members that do their jobs accurately, respectfully, and with discretion.

We hope and wish that unfortunate incidents should never bother you and your loved ones, but if they do give us a call at American Restoration 24/7 for certified and licensed crime scene cleaning services. Our number is 1-833-726-7378. 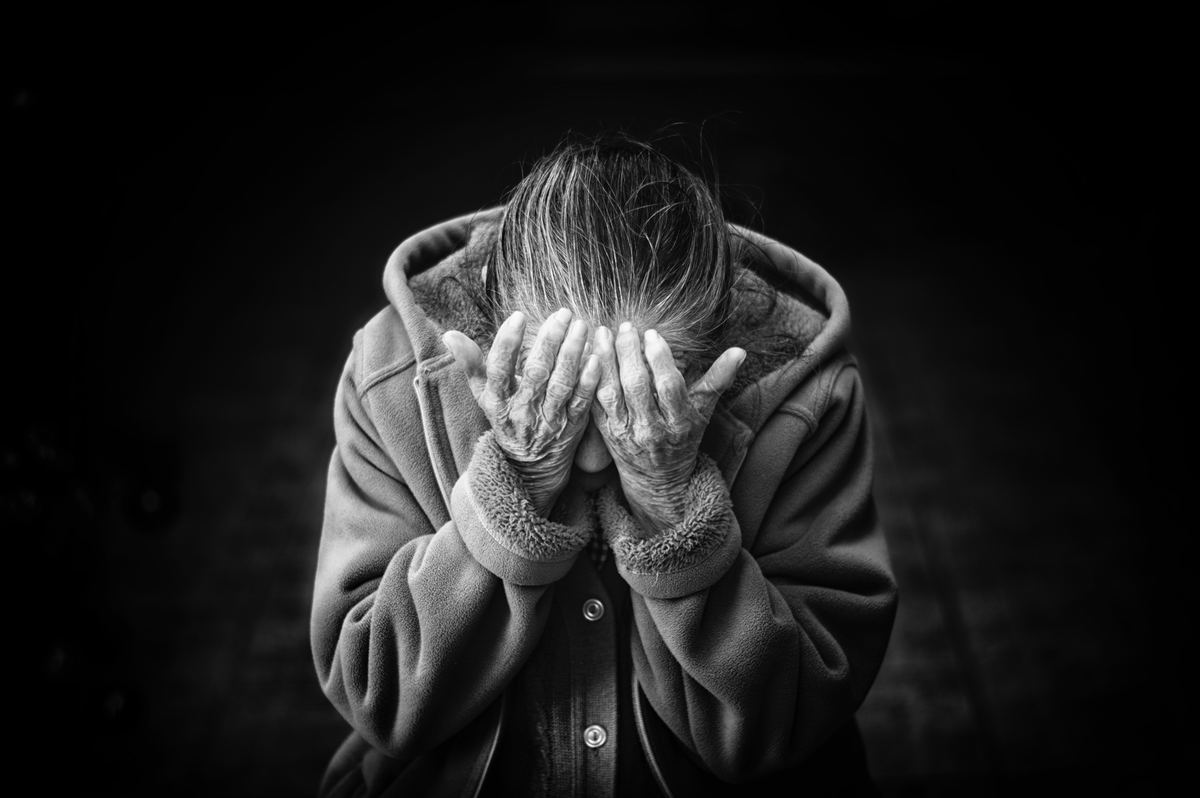 Photo by Cristian Newman on Unsplash

The phrase unattended death refers to a death in which the body is not found for days, weeks, or in some cases, months. Unattended deaths happen most commonly with the elderly, especially if they reside alone and do not have family or friends that check on them regularly. In rarer cases, an unattended death may occur after a suicide or homicide.

The longer a person’s remains are unattended, the further along they will be in the decomposition process.

The 3 stages of decomposition are:

CLEANING UP AFTER AN UNATTENDED DEATH

A decomposing body releases bacteria and toxins that can be harmful to humans and cause significant physical damage to the home or property. In fact, a decomposed body can affect a home’s livability in as little as a few hours in some weather. Therefore, it is imperative that the scene of an unattended death be completely cleaned and sanitized.

Once an unattended death is discovered, it is usually up to the family to handle the cleanup, which can be problematic. No one should have to see a family member in one of the stages of decomposition, and the biological matter that a body leaves behind can be hazardous.

Let American Restoration 24/7 handle this situation for you. We care about your health and peace of mind that it will be taken care of respectfully and conscientiously.